The emergence of game genres

At the initial stage of development of the gaming industry, each game was unique and inimitable. But over time, games became more and more. In order to navigate the whole variety of games, people began to divide the games into different categories.

The criteria for dividing into categories were very different: the number of players, the type of game camera, the plot. But the method of dividing into game genres became very popular.

Failed experiments were forgotten, and successful games became an example for other developers. The developers copied the popular game mechanics, adding some ideas from themselves, thus, around the most popular games, whole classes of similar games were formed, these classes were called game genres.

Moreover, unlike the classic genres of films and books, game genres imply completely different features. Game genres are determined not by the plot, but by the game actions that the player most often performs. (And what are called genres in classic narrative works are called settings in games.)

The division into genres is very useful in practice. Games of a certain genre are interesting for an already formed gaming audience.

The developer announces that he is releasing a game in such and such a genre, and the players already roughly imagine what will happen in the game, even without clarifying comments from the developers.

The problem of unstructured genres

We know how to call the most popular genres, we know how they differ from each other. But there is still no complete and clearly structured classification of computer game genres:

– about many games there are doubts about their genre affiliation (what genre does “Grand Theif Auto” (GTA), “Defender Of The Ancient” (DotA) have?); 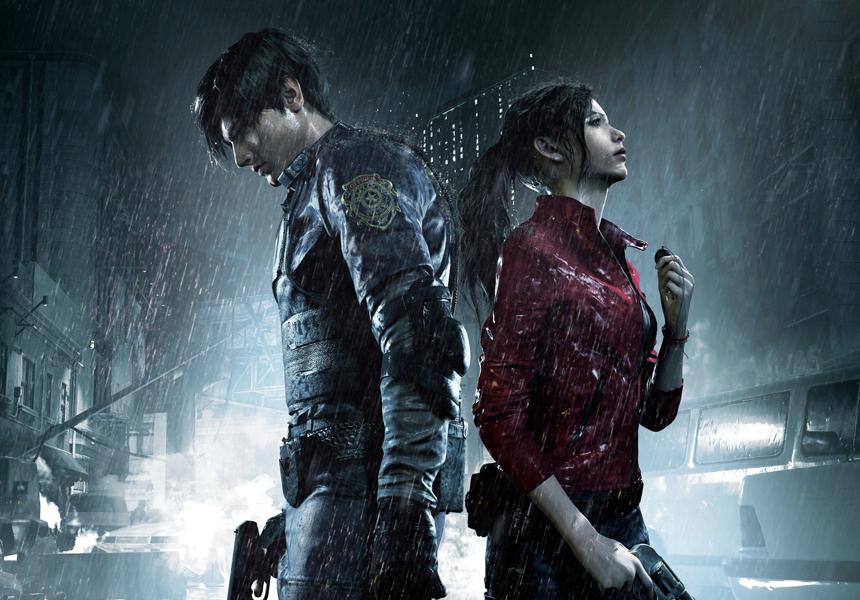 At the same time, many of the game critics cannot even clearly explain their classification.

Yes, everything is very confusing and ambiguous, many say that a clear classification of computer games is impossible in principle.

Computer games are works of art, they know no boundaries (in this case, genres act as boundaries), it often happens that a game contains features of almost all genres, and in such proportions that it is really not clear which genre is the main one for it. This is true.

But genres themselves are simple structures, and it would be high time to systematize them.

The Structure of the Genre Scheme

If this is the first time you’ve seen this genre map, its complexity may scare you. It’s okay, we’ll figure it out together.

The scheme contains all the commonly used game genres that are known to most players, only they are located in such a way that they form a clear structure. Let’s get acquainted with the logic of this structure.

At the bottom of each band, its essence is indicated – the basic (indivisible) genre, which can be called in one word. All entity names: learning, riddles, communication, hero, learning, collecting, evading, destroying, competing, driving, caring, developing, controlling, tactic, planning.

Above the name of the entities (basic game mechanics) are the genres themselves in the form of rectangles. The simplest genres are at the bottom, they occupy only one lane.

The higher the genre is located, the more lanes it is located on. The inclusion of a genre block in several bands at once means that it contains several basic game mechanics at once, united into a single whole. (For example: the genre “Quest” is a combination of two base classes “Riddles”, “Communication”).

How to use the Genre Map

The chart located on the Genre Table page is interactive. You can click on the block of any genre, after that you will see a detailed description of the genre.

After viewing the details, you can press the “Backspace (<-)” key and you will return to the diagram view. (For those who still cannot navigate the diagram, all the names of the genres are duplicated below in the form of a simple text numbered list).

From the initial data, we have only historically formed genres. We place their names on the same plane, and try to determine from the finished copies in which coordinate system they are located.

For the main criterion for dividing genres, we take the actions most often performed in games of this genre, and nothing else (camera position: view from the eyes, rear view, top view, view from the cockpit; time movement: real time or step-by-step mode; the number of players is not are criteria for genres, they only determine the way the gameplay is presented).

Let’s start dissecting each genre, hoping to decompose it into smaller components. You need to have a lot of gaming experience in the respective genres in order to understand what they consist of.

We place all found elementary particles of genres on the line and use them as a coordinate system.

Using the selection method, we group all the particles into three subgroups: role-playing, shooters, strategies. All games within the group are very similar to each other, but at the same time there are games with various deviations.

Sometimes the deviations are small, and sometimes very significant. These, far removed from the reference games, become completely different from their ideological ancestors, but at the same time they are still within the group.

This means that the groups of games themselves are much wider than their reference representatives. Standards are on the golden mean, and games with more and more deviations are further from the center.

As a result, all genres successfully qualified into three initial large groups, each large group broke up into five equal elements lying in the same plane. The result was a beautiful, perfectly arranged table, consisting of fifteen elementary genres.

And surprisingly, according to this table, it is easy to classify any game in general, and not just a computer one. Classified and board, and yard, and television, and educational games.

The three large groups of games were given the following names:

We can present the found elementary particles of genres in a different form for greater clarity. Let’s use the analogy with a circular color palette. To do this, we arrange the elementary genres not in a straight line, but in a circle.

We assign a color to each element so that we get an RGB palette. For convenience, we divide the whole circle into 6 faces: three primary colors – green, red, blue; and three secondary colors – yellow, purple, blue-green.

Each of the faces of the hexagon is divided into three genres, resulting in 18 components. But only 15 elementary game genres were found, where are the other three?

These three components exist, but they are not elementary genres, on the contrary, they are exactly what all kinds of games are designed against. They are the boundaries that divide games into three broad categories.

All 15 game genres have already been considered. Consider the anti-game components. 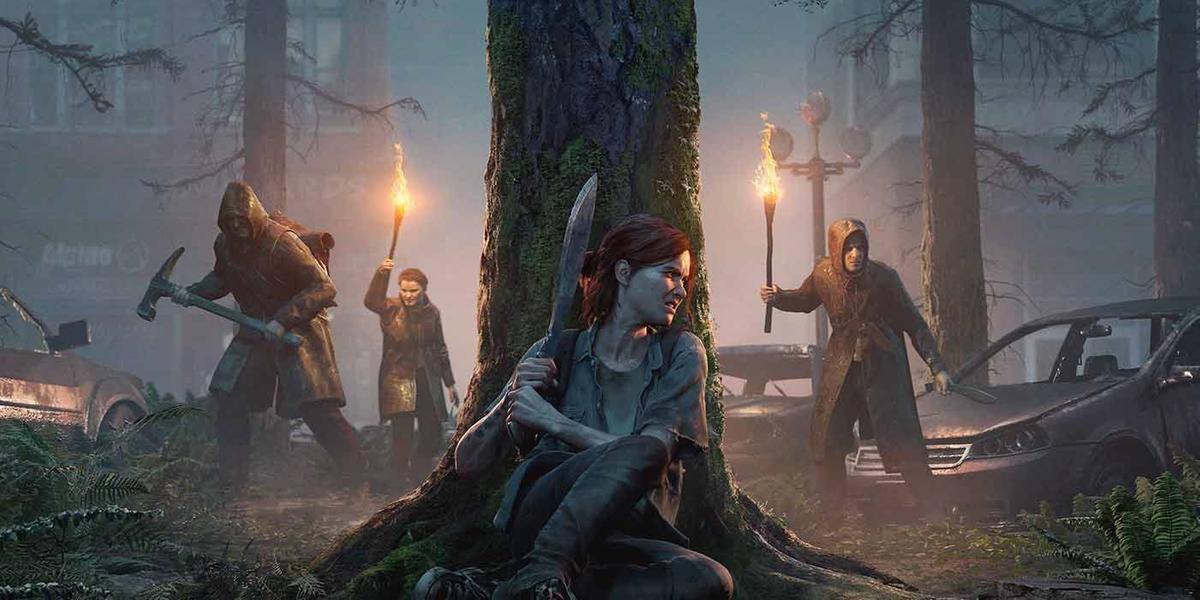 At the junction of role-playing games and strategies, there is a line of “abstraction”. This is the complete opposite of the “action movies”, which are struggling with “boring” with the help of entertainment.

The games of this facet are characterized by sketchiness, restriction of freedom, lack of realism, and lack of entertainment.

From the side of strategies in abstractions, the main thing is the fulfillment of the “goal”.

From the side of role-playing games – “submission”.

The result is submission to other people’s goals, that is, the performance of boring work. In this case, completely new events can occur that have never happened before, but during these events you still have to obey someone else’s will (this is the main difference from another element – “ordinary”).

The central point of the element is slavery and unquestioning execution of orders. This has nothing to do with games.

At the intersection of strategies and action movies, there is a line of “simulation”. This is the exact opposite of “role-playing games”, which fight the “ordinary” with an interesting “plot”.<

The games of this facet are characterized by imitation of real processes, restriction of freedom, lack of novelty and complete absence of a plot.

From the side of strategies in simulations, the “process” itself becomes the main one.

On the part of the militants – the “realism” of what is happening on the screen.

The result is a realistic imitation of the process, that is, ordinary life. At the same time, there are several events that constantly occur, and apart from them there is nothing else, nothing new appears.

The central point of the element is not used, since full realism is unattainable in games, and who needs an exact, one hundred percent copy of reality if it already exists in life.

At the junction of role-playing games and action movies, there is the edge of “freedom”. This is the exact opposite of “strategies” which contrast “loneliness” with “many” subordinates at disposal.

(Strategies, of course, do not deal with loneliness in the usual sense, but they imitate power – the most pleasant form of communication).

Games of this facet are characterized by large open spaces, lack of simulation realism, lack of novelty, lack of control over other participants.

On the part of role-playing games in “freedom games”, the main thing is the lack of ready-made role-playing connections, the possibility of independent choice, that is, “role-playing freedom”.

On the part of the militants – “simplification” of real events and processes, in comparison with simulators.

The result is role-playing freedom in a simplified model of the real world. The freedom of one being ends where the freedom of another begins, so the most extreme point of freedom is complete loneliness.

The most extreme point of simplification is an empty world, freedom in space. The action that has the most freedom is the creation of something completely new. The result is the central point of the element: complete loneliness in an empty world in which you can create – the level editor.

Editing capabilities are not used right during the game, but there are separate elements of the creation process in games.

From this hexagon, you can easily understand: what is most important in certain types of games, between which game developers have to find a compromise, what should never be in games, what can be mixed with each other, what cannot be mixed.

In the figure, different genres are depicted in different colors, smoothly flowing into each other. This is no coincidence. This hexagon of genres is a real palette for creating games. The same palette as the fine arts.

The edge of “abstraction”.

It personifies submission and learning, obtaining new information. New means fresh. Most often, in abstract (casual) games, new types of gameplay, new ideas are tested for the first time, and only when the players like it, the novelty spreads to other genres.

From the side of role-playing games, obtaining information turns into learning, which implies the subordination of the player, that is, his passivity. Center of the edge – an overly abstract game (the center of the edge) drives melancholy, therefore it is not used in games.

The basis of this facet is interaction with other characters, an exciting plot and obtaining information. Friendly communication takes up a large part of the gameplay.